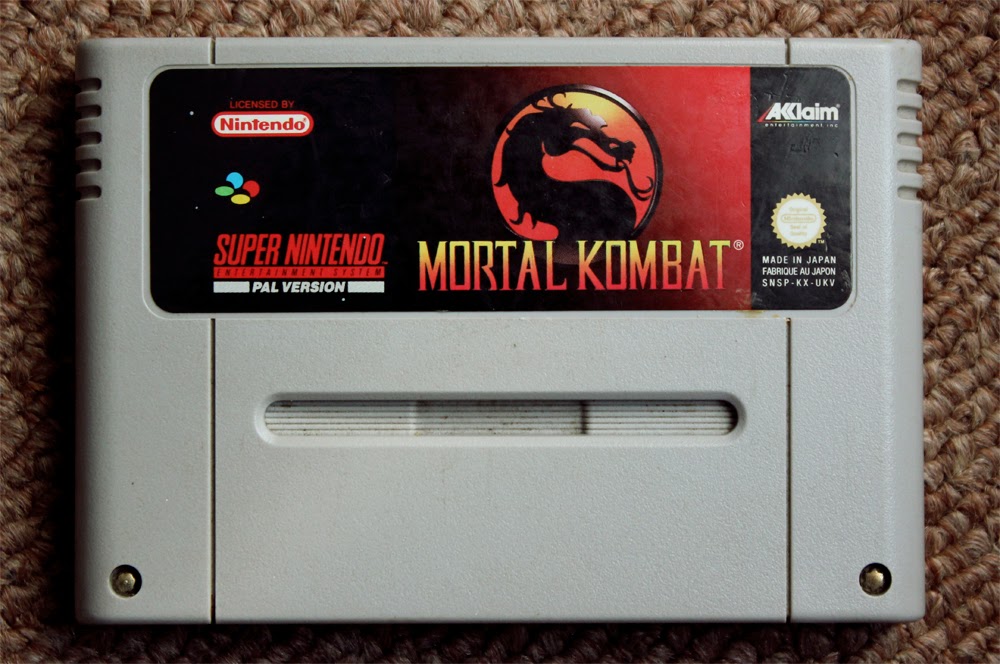 Growing up Mortal Kombat was that mythical, forbidden, ultra violent fighting game that kids on the playground would brag about playing and make up ridiculous tales of hidden fatalities, characters and stages. I remember playing the game years ago (on the Mega Drive) and finding it incredibly brutal and punishing, it seemed so difficult and scary at the time; these ultra realistic fighters from a distorted hellish world ripping one another apart. When I was young I found Mortal Kombat to be incredibly dark yet it is only now that I'm older that I can appreciate the amount of humour that is here too. It's obvious that Mortal Kombat was a series born out of a passion for all things gruesome... yet also comical; if I were to compare it to a film it would be Evil Dead 2, a horror movie that is arguably equal parts horror and comedy.

The arcade version rose in 1992, hot on the heels of Street Fighter II which released in arcades the year before. It wouldn't see a home console release until the end of 1993, a year after the arguably superior Street Fighter II appeared on the SNES. The arcade version of Mortal Kombat was made by only four 'dudes' (as they're known in the end credits!) which is phenomenal when you think about it.

The game's 'Fatalitiy' end moves - which saw the kombatants kill one another in gruesome ways - were what made the game stand out from the crowd of 'me too' Street Fighter II clones; at the time of the game's release they caused a lot of uproar with angry parents and in turn made Mortal Kombat one of the primary reasons that the age classification law for video games was put into place. To say that it was the 'Fatalities' alone that made the game stand out wouldn't exactly be doing this game justice though; it also sported a dark look and feel which was very different from the more Japanese anime look of other fighters. For its time it had some incredible graphics that used animated photographs of actors in costume, giving the game a literal photo realistic quality. 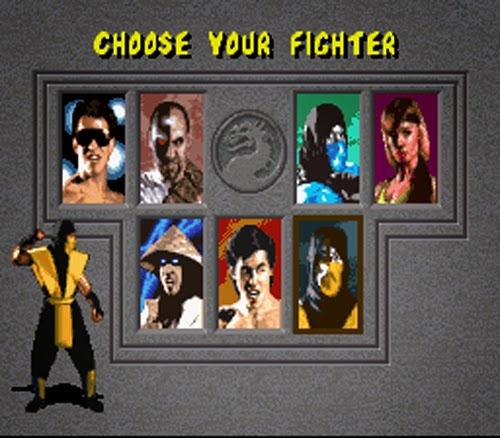 With each new entry into the series the game would expand in scale and overshadow this, the origin of the series; yet it is interesting to see that series staples such as hidden easter eggs, fatalities and iconic moves were all present from the beginning. Although it has all these elements nowadays it can feel oddly stripped back, there are only seven fighters to choose from, with no unlockable content to speak of, each fighter only has around two special moves and all fighters share the same basic move set.

This version can feel particularly bare as it doesn't have any of the series trademark blood and gore. Apparently Nintendo wanted the game on their newly released console but didn't feel the blood fitted with their family-oriented image. Nintendo asked that all blood be removed and that the fatalities be dumbed down dramatically. The core game plays pretty much just like you'd hope but if you were coming for the gore alone I'd go for the Mega Drive version. The SNES version easily has the better sound and visuals which in my opinion makes up for the lack of blood. Each of the subsequent Mortal Kombat games to be released on the SNES kept all blood and fatalities so if you're going for any of the sequels go for the SNES versions. I encountered a few glitches whilst playing the Endurance Matches, when the second opponentscome on often they'd only need one hit and they'd die instantly which is odd, I also encountered a few graphical and sound glitches in the Goro stage. Not sure if this is just a problem with my cartridge though.

The game controls well on the SNES with the face buttons being set to the punches and kicks whilst L and R are block buttons. I had a little trouble with the game registering my special move inputs which could be a little frustrating, the controls never feel truly invisible like they do in a good fighting game which is a shame. All special moves are either combinations of directions or quarter circle forward then an attack button which makes learning what little moves there are fairly easy. 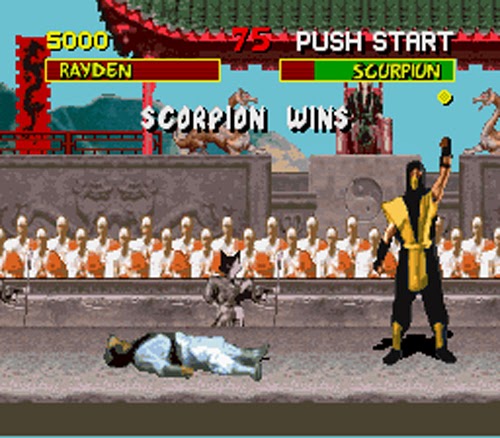 The A.I. is incredibly cheap through out, and honestly, the only way I could find to beat certain characters was to fight cheap too. For instance, I was finding it hard to beat Johnny Cage before I realised that all I had to do was duck, wait for him to get close enough and then uppercut him, with Goro I found that Raiden's Torpedo attack worked well, Torpedo against him, duck his fireball, Torpedo... rinse and repeat. Often I'd find myself stuck in the corner and being pummelled by low punches that were impossible to block or escape once started, very cheap! The two player mode obviously changes the dynamic up a lot and alleviates some of these issues.

When you finish the game you are treated to a little bit of text about what the character did next, these are often pretty funny and I would consider playing through the game multiple times just to see all these silly stories, but aside from that and the two player mode there isn't really any replay value here. Some die hard Mortal Kombat fans hate this version because of the lack of blood but honestly, I think this is probably the superior version... saying that I don't feel there is much here to warrant a purchase over another SNES fighting game such as Street Fighter II Turbo or the sequels to Mortal Kombat. The A.I. and the general feel of the gameplay are the biggest downfalls of this game, it's not as deep and intricate as some Capcom and SNK games, yet it has a legacy all its own which makes it a curious game to play. This is one of the best versions of the game but this is definitely not the definitive entry in the series, every collector should at least have one Mortal Kombat in their collection, but perhaps save up some more pennies and get Mortal Kombat II or Ultimate Mortal Kombat III.