REVIEW: Under the Skin 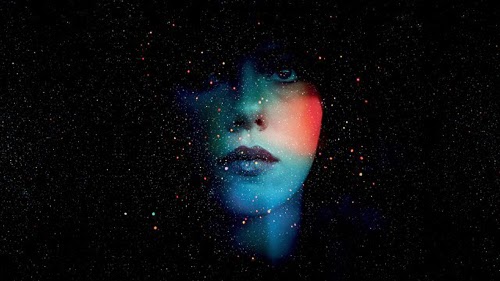 Stranger in a strange land

Loosely based on the 2000 novel by Michel Faber, Under the Skin charts the arrival of an alien in a moody but otherwise ordinary Glasgow, as she strays from the path of her seemingly straightforward mission to subsist on the bodies of unlucky men she picks up in her Ford Transit.

Assuming the likeness of a dead woman found on a roadside by her mysterious motorcyclist accomplice, our alien (played with both a creepy intent and artless vulnerability by Scarlett Johansson) heads out onto the roads using her unusual beauty and unabashed flirtations to lure unwitting men back to her great Gothic hideout in the countryside, where they are quickly enveloped by a thick black liquid and processed for food. While the first half of the film plays out much in this way with our predator kerb-crawling one meal after another, the second half focuses on her growing emotional disturbance with the human life she comes into contact with.

This is sparked by a meeting with a man with neurofibromatosis, in whom it seems our alien sees a reflection of herself. She releases him and we see her standing in front of a mirror, though rather than applying lipstick or fluffing her hair, it is almost as though she is trying to see beyond herself. Heading out into the countryside, this time without her trusty van, she makes some fumbling attempts at human behaviour but luckily finds herself in the care of a kind quiet man, who is both perplexed and mesmerised by her, though his quiet life cannot hold her for long. 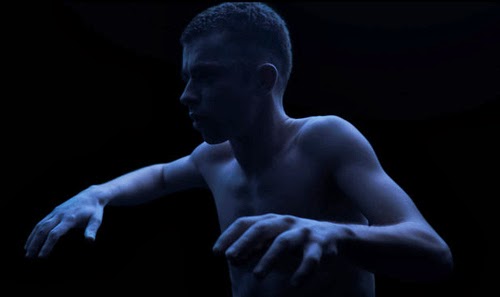 Under the Skin is a mesmerising film, beautiful but unsettling, with a progressive interplay of intrigue and dread. And though this is a story about an alien in disguise, it is not just about what lies underneath, but also about the way in which humanity has got under her skin, gradually working its way into her like dirt under a fingernail. Under the Skin’s alien of course finds her supernatural equal in the character of Thomas Jerome Newton in Nicholas Roeg’s The Man Who Fell to Earth, another alien visitor whose initial mission is scuppered thanks to his continued contact with humans. Both stories turn the familiar science fiction narrative of infection on its head, by presenting alien bodies which are vulnerable, exposed and permeable. However where Newton is seduced and ultimately ruined by the human vices of sex, alcohol and greed, Under the Skin’s visitor is transformed from predator into prey through a persistent inability to comprehend or assimilate human behaviour.

Visually the film also seems to reflect this through what at first seems like a huge aesthetic incoherence of beautifully rendered landscapes and fantastical imagery with low-fi and noisy visuals, reminiscent of CCTV surveillance. But thinking back, I found myself wondering if this is an effort to show the alien’s inability to connect and integrate with the human world; though she is programmed to drive and to spin off chat-up lines she is unable to fully participate in human life; the way she sees the world is completely mediated by an eye that has been manufactured (in a wonderful ‘birth’ scene at the beginning of the film)  – like a camera she sees, but does not understand. 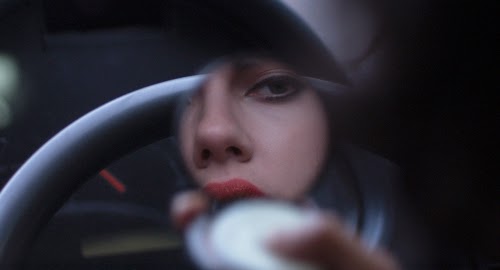 Another visual tension lies in the progressive interplay of light and dark (though darkness does indeed dominate the film); we begin with absolute black, from which emerges the beginning of artificial life, and later we see the unlucky men swallowed by a dense and seemingly infinite black substance. I won’t say too much but as our alien becomes a victim of the human world, her ‘darkness’  is in turn consumed by infinite white, one of the most beautiful and powerful visual endings I can remember in a long while, the emotional impact of which was very visceral for me. Equally the soundtrack presents a sonic tension between sound originating in retro science fiction and James Bond intrigue (the alien’s entrapment scenes are punctuated by a sexy three-note siren call), and much more contemporary sounds, which seem to mix the machinic and the organic, with sounds that reminded me of an engine starting as well as the low vibrating noise of a swarm of insects.

Under the Skin is unsettling, bizarre and oblique, but also strangely mundane. Through the alien’s eyes, regular actions and situations are transported into the realm of the weird; ordinary life becomes an oppressive force like bad weather. Walking home from the cinema, I couldn’t help but feel at odds with my surroundings. This is a film that presents our human world through the eyes of an alien being, who gradually becomes a victim of its ‘otherness’. I urge you also to spend some time in the dark and allow this very singular story to permeate and trouble you.