My Vinyl Collection: B part 1 of 2 Hello! Welcome to section B part 1 of 2 of my vinyl collection, as explained in section A the format of these My Vinyl Collection posts are meant to be informal and written quickly. I haven't optimised any of the photos using Photoshop as I usually would, the main reason for this is it would be too time consuming as there are a lot of records to get through. For each vinyl there will be a little write up, it might be about the packaging, the music, where I got the record etc... enjoy!... Oh and B will be in 2 parts as there are 16 records filed under B and that seemed a bit daunting! Great great album, so much fun to listen to, just an incredibly infectious new wave / post punk sound with great vocals. The artwork for my copy is showing its age but the iconic design still shines through. The inner for this release is nice, with all the lyrics for the songs and a picture of Ricky Wilson's cool oddly tuned 4-stringed guitar on one side and a walkie talking radio thing on the other. This was super cheap, I think I got it for £3 and it was well worth it. 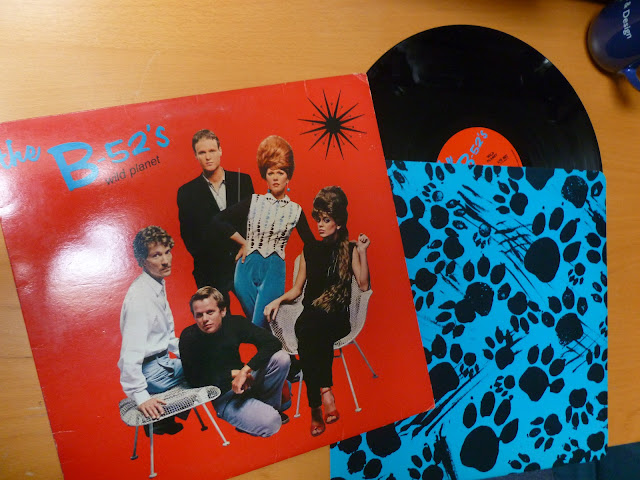 
Second B-52's album, doesn't have as much punch as the first one sadly but its nice all the same. I think the cover art sums it all up for me, it's great but not as great as the first album, the inner has this odd dog print on it, just not as classic... although it does have some great tracks like Private Idaho... worth owning but go for the self titled one first I'd say. 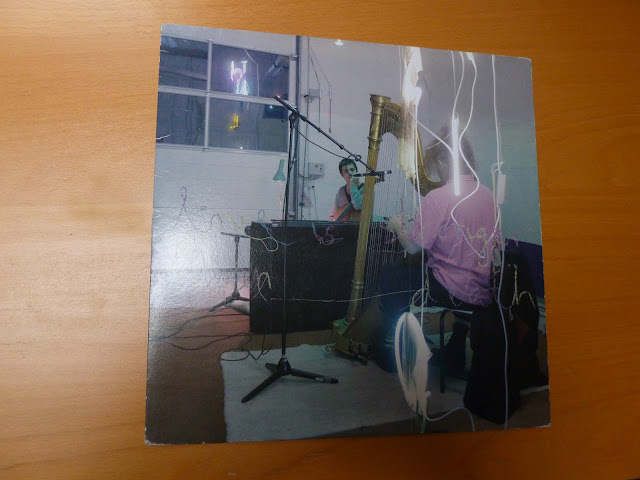 A fairly rare live release from piano playing / harp wielding Baby Dee released on an equally small Danish label. The recording is a little on the crude side and the songs aren't separated so it's hard to cue a track, odd.  I got one of the amazing purple versions of the album, looks great, the photo doesn't really do it justice. You get a one sided lyrics insert with this release and the artwork is really nice, worth owning if you are a big Baby Dee fan. There were 500 black and 500 purple versions released. 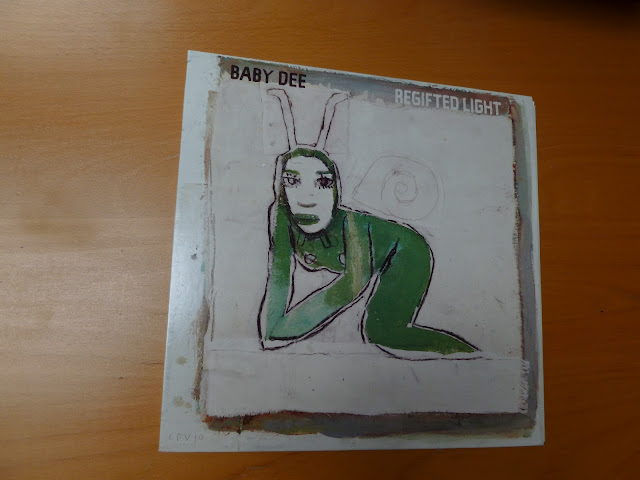 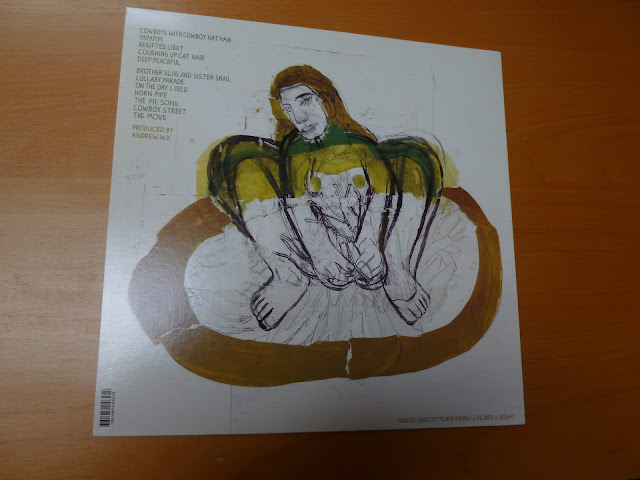 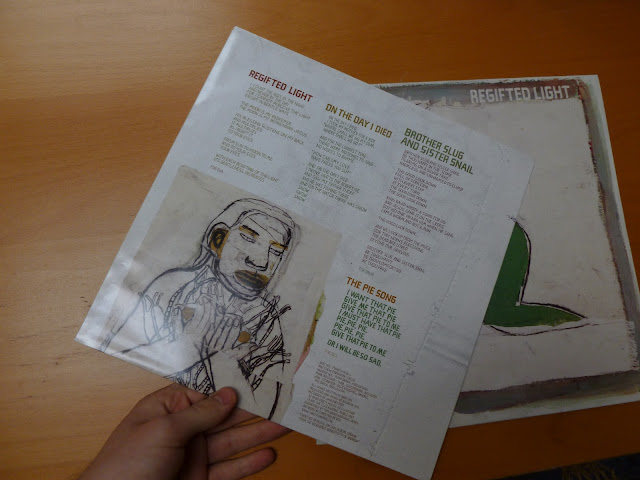 This is one of my favourite Baby Dee releases, it came out in 2011 on Drag City and features a really nice sound and atmosphere, it was produced by Andrew W.K... yep. There are some great instrumentals on here and the band she accumulated for this album did a great job. One of my favourite albums of 2011. The artwork I wasn't too fond of at first but it has grown on me, it's slug-a-licious! 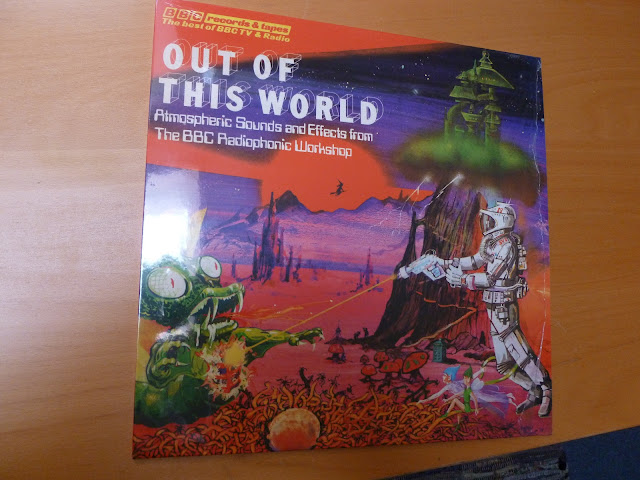 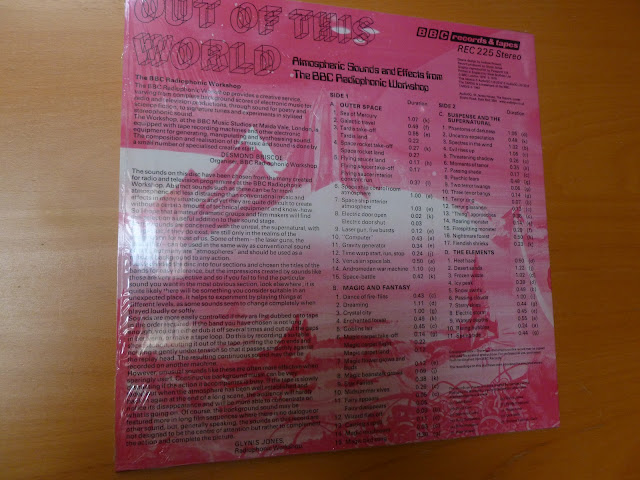 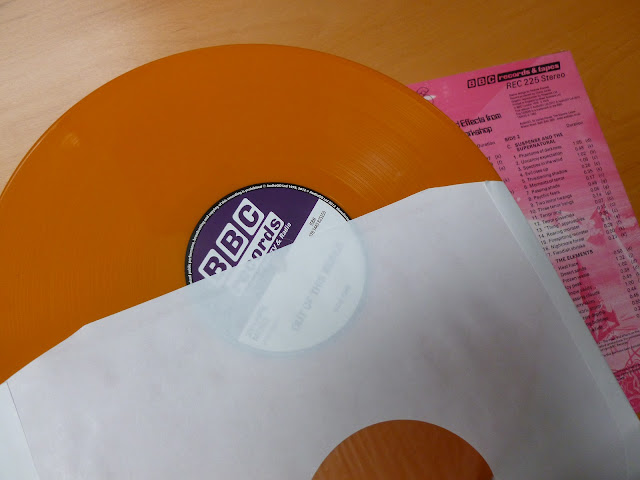 BBC Radiophonic Workshop - Out of This World


Record Store Day 2012 reissue of library sound effects created by the icon BBC Radiophonic Workshop and printed on bright bright orange. This was originally released in 1976 and retains all its original packaging. I was looking for the Dr.Who release on RSD but alas you don't always get what you want on RSD. The liner notes for this one on the back are pretty nice and some of the tracks are pretty incredible but yeah, not for everyone! 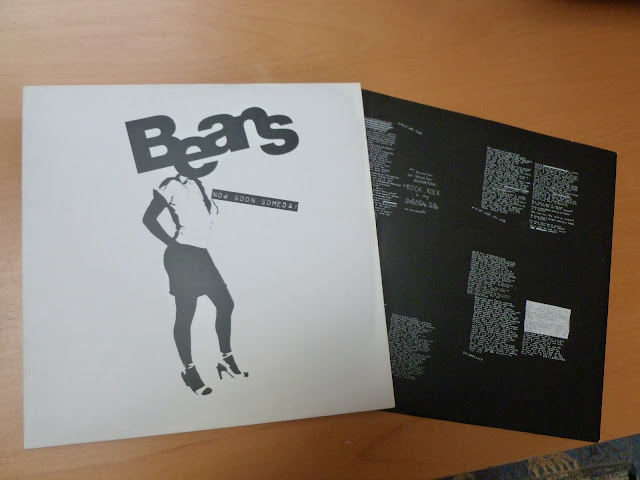 
An EP by one member of Antipop Consortium, Beans, released around the same time as his first solo album Tomorrow Right Now. This has some pretty good tracks on it, including two remixes (one by El-P, one by Prefuse 73) of one my all time favourite Beans/Antipop tracks, Mutescreamer. You can often find this criminally cheap nowadays, I got mine for around £2, bargain! It's a good introduction to Beans' work and has particular style of hip hop. Nice black inner with lyics. 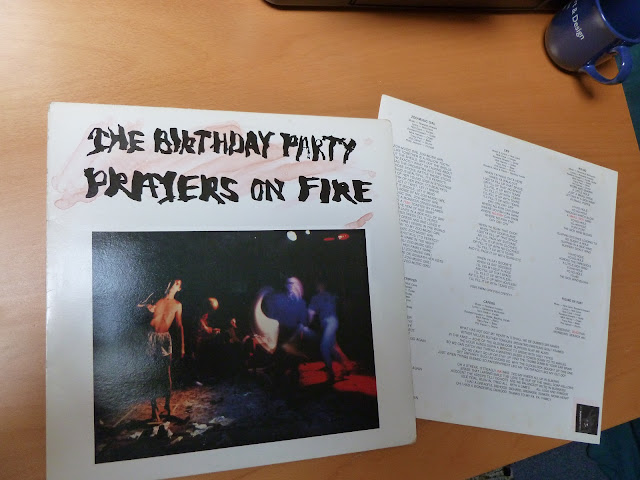 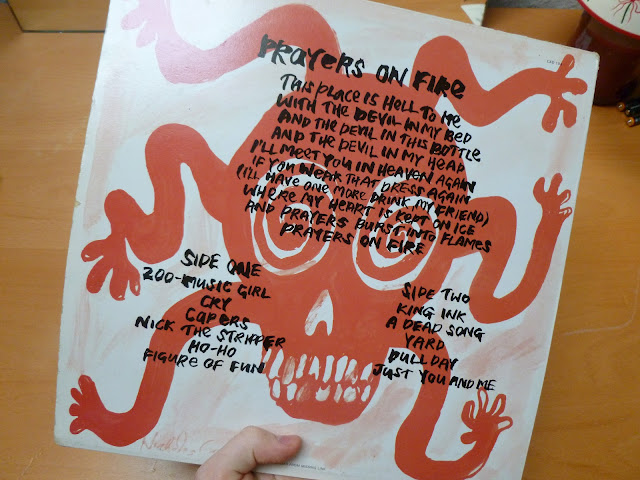 The Birthday Party - Prayers on Fire


Debut album by The Birthday Party released by 4AD in the UK, super noisey punk music in a similar vain to The Pop Group in many respects. Includes cover photo with Nick Cave in his boxers and odd paintings by Nick Cave on the back and on the insert. Music has a distinct live feel to it that I like a lot, a very messy and mucky sounding album. 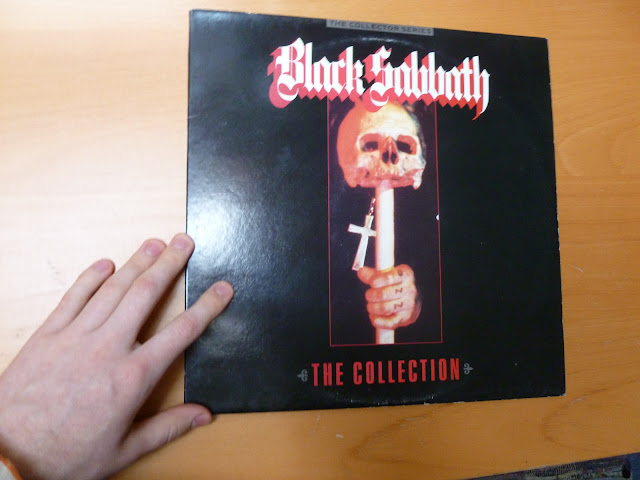 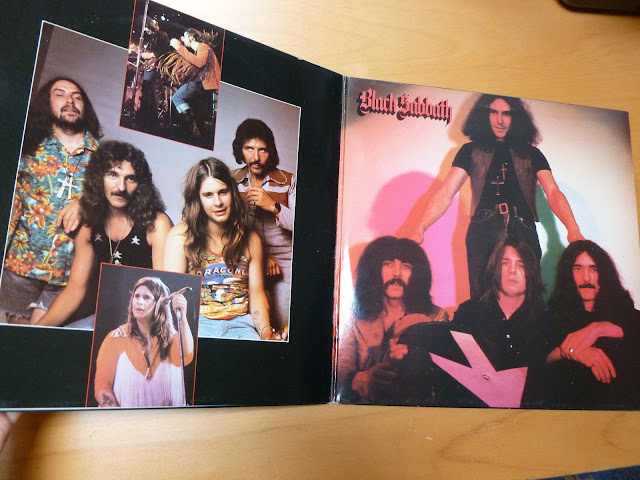 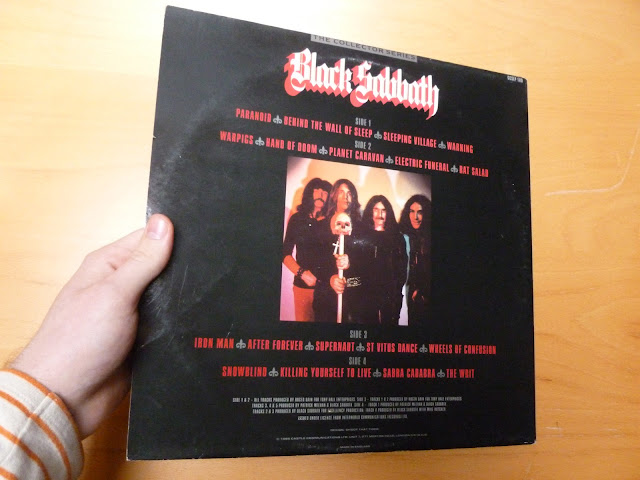 
Ah, Black Sabbath, got to have some Black Sabbath! I picked this one up in a tiny antique store in Lincoln, they sell antique golf clubs and ornaments... and this! They had a buy one get one free on vinyl, I picked up this and a suitable antithesis, Scott Walker - The Moviegoer! Oh yeah! I also picked up a Faust album here once... hmm... I think I need to visit Lincoln again. Anyways, The Collection, a good collection from 1985 that has all the big classics and some tracks I hadn't heard before, some better than others. It's all Ozzy here, no Dio, Sabbath as it should be! 4 sides of Sabbath in a gatefold sleeve with hilarious photos - Ozzy totally zoned out holding a bottle of god knows what on the left side of the gatefold being a particular highlight!