My Vinyl Collection: C Part 2 of 3 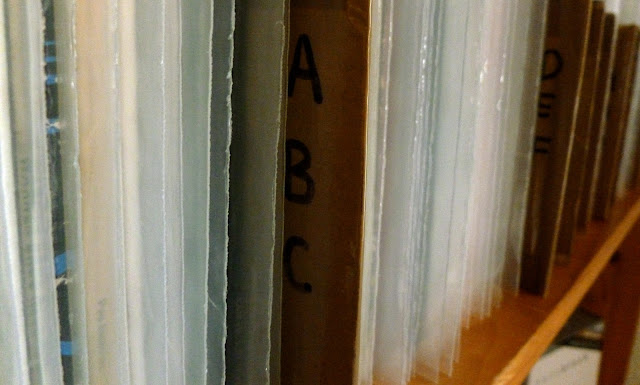 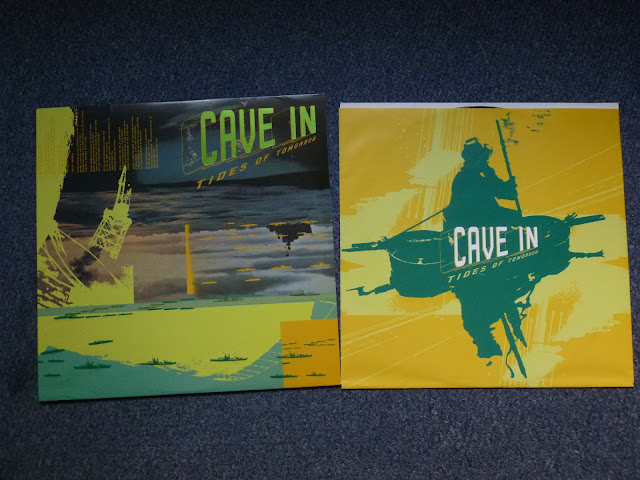 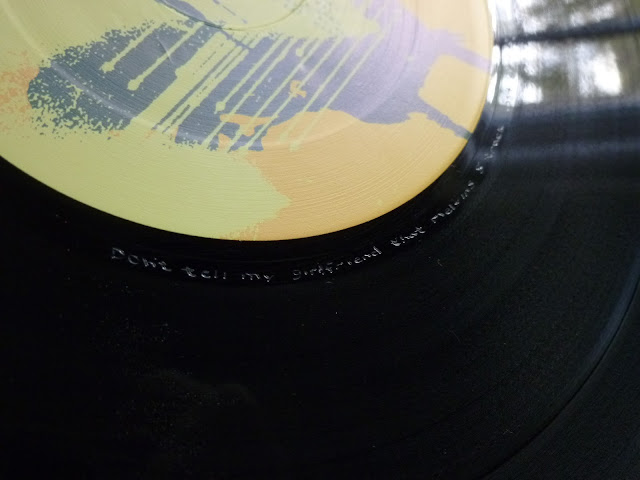 
I got this EP by Cave In in 2006 at Supersonic festival in Birmingham... a great festival that year, got to see Hanne Hukkelberg, Shy Child, Isis, Broadcast, Michael Gira, Final, Modified Toy Orchestra, Circulus, Cricle among a few others. I was kind of falling away from Cave In to be honest, I liked their 2003 album Antenna but kind of stopped listening to them. This was about £4 new on a store there so I nabbed it! This is on Hydra Head and was released just before the major label Antenna. It kind of leads into that album and experiments with a few ideas that would end up being used on the album. There are a few tracks on here I still like a bit, like 'Dark Driving' and 'Everest'... but to be honest I don't listen to this much. 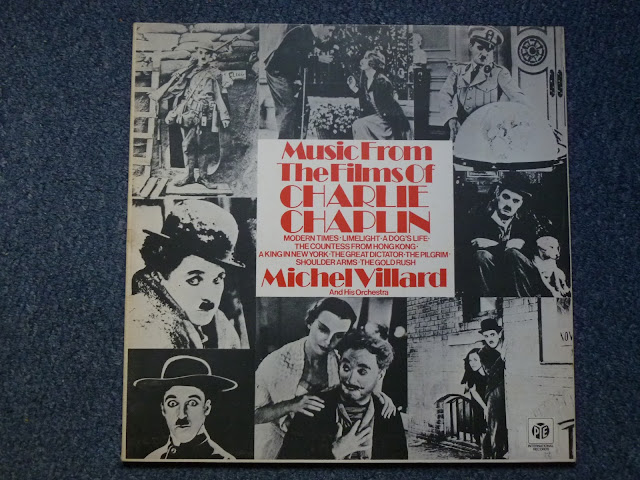 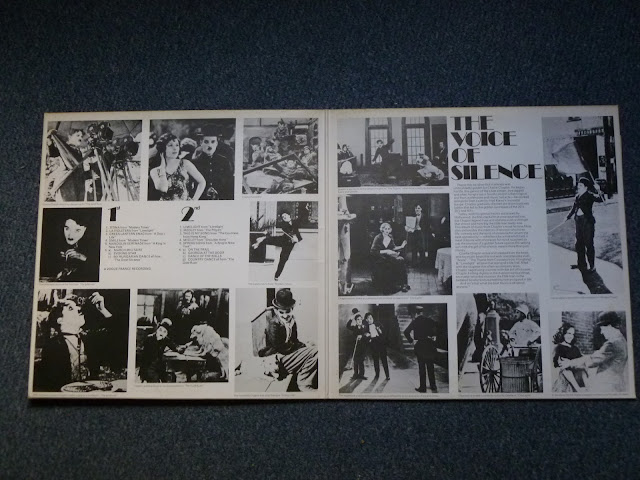 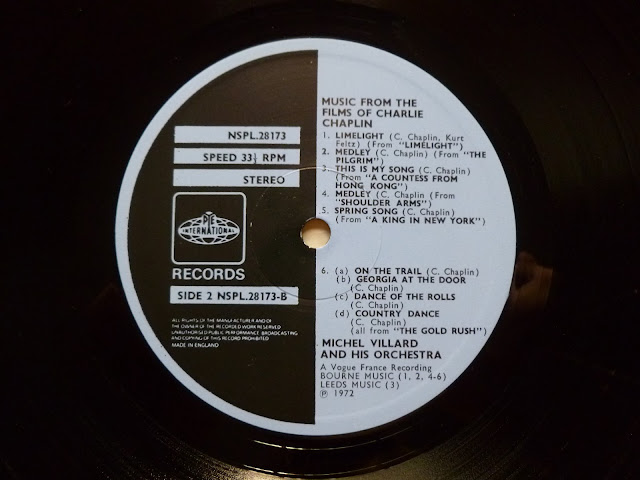 
Got this for £5 about three years ago on Berwick Street, I believe all the compositions are by Chaplin himself, it's got some nice little pieces here, all instrumental. The production is fairly straightforward but nice on this release, really makes use of the stereo field to separate the orchestra. The gatefold for this one is cool too, it has some great shots from his movies... and some reason I just love the design of this label too... can't put my finger on why! 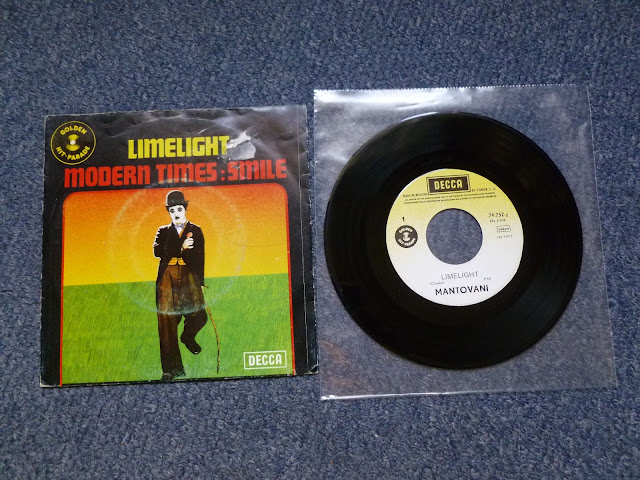 Got this one along with the Louis Armstrong 7" in Greenwich, I particularly wanted this for 'Limelight' as I had recently heard an amazing version in the closing credits of Tsai Ming-Liang's I Don't Want To Sleep Alone. Sadly this version has nothing on that version but oh well! 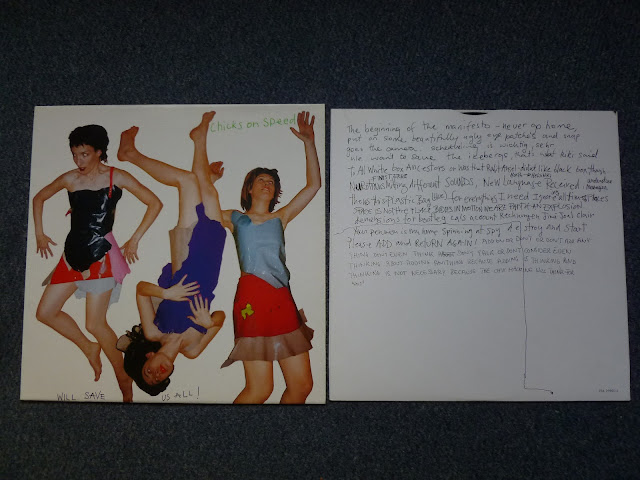 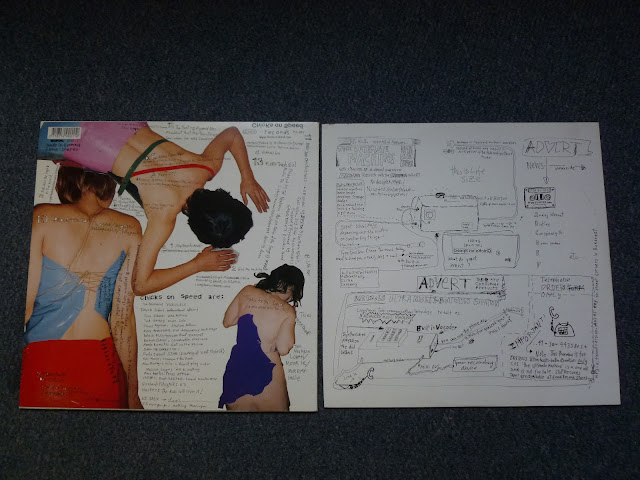 Got this new super cheap at Sound It Out records in my home town of Stockton-on-tees... yep! I kind of have a little soft spot for this. I don't like it, but sometimes I somehow feel inclined to put it on. It's a bit trashy but I like it for that. 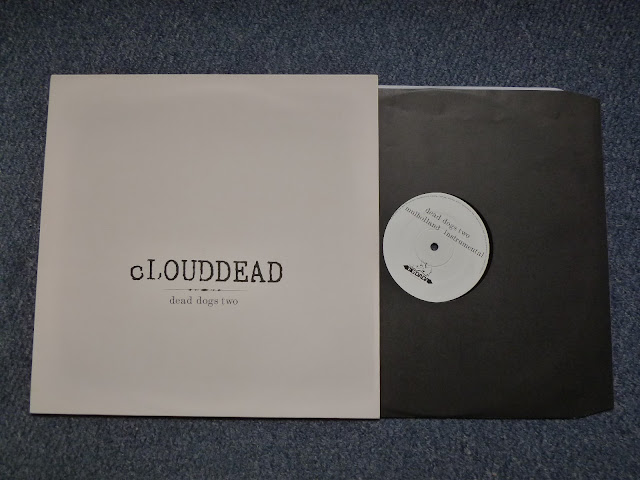 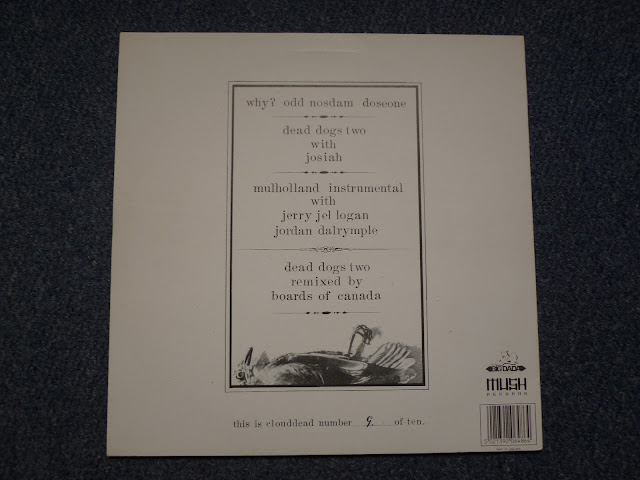 Single from Clouddead's first and last proper album, Ten. I love this track and the album it comes from but I have to admit I prefer their earlier stuff... this more poppy and song-orientated stuff still holds a place in my heart though! I can pretty much sing every word off Ten, there aren't maybe albums I can do that to! This single comes with an instrumental track and a Boards of Canada remix. The instrumental is a bit odd, noisey and messy, not sure what they were getting at! The Boards of Canada track is pretty nice and their mixing style really suits the music of Clouddead, hopefully some of these guys will work together again some day. I don't see this single often but when I do it always seems to be criminally cheap, worth picking up if you come across it. 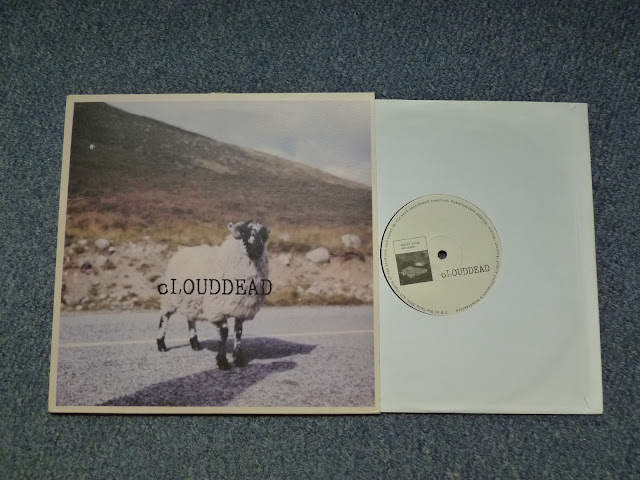 Got this in my home town too, I'm not a huge fan of this release to be honest, it's kind of missing something. Peel sessions can often go a little sour or miss the mark and sadly I think this one did just that. What you are presented with is loose versions of tracks that pale in comparison to the originals. Good for completists and a bit of fun but not exactly essential... sadly. This one is a 10", a format I am pretty fond of for EPs.