My Vinyl Collection: B part 2 of 2 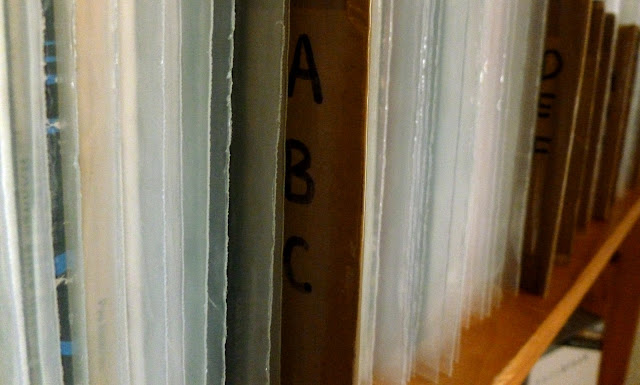 Welcome back, this is part 2 of section B of My Vinyl Collection... Click here for part 1. I realised that having all of the records that I own that begin with B would make the post too long so I decided to separate B into multiple posts. It makes it easier for you to read and easier on me as it's much less of a chore! Section C is likely to be in 3 parts as there are around 20 records beginning with C. Anyway, on to part 2 of B!


Got this one for around 50p, this is the 2nd solo album from the fantastic singer songwriter, poet and member of one of my favourite groups, Slapp Happy. Sadly the album is marred by some dated 80s production that gets in the way of some good tracks. Sadly I find this one pretty difficult to listen to all the way through, ambitious but it didn't really pay off.


Now this is more like it! Stripped down timeless poetic american singer songwriting with a sense of humour and unique use of the English language. I love this album, it's just a great subtle pop record. I love the printing of the label for this one too. 'Life has a throat and we learn to grab it, that kind of thing comes automatic, in the zone like the one that we inhabit, in the meantime.'


I haven't listened to many David Bowie albums and this is a fairly new buy for me so I've only listen to it once but I kind of have a love/hate relationship with his music. Some tracks are classics but others just leave me cold. I don't know, maybe it'll all click into place some day. One good thing about Bowie albums mind is that they are extremely affordable, I got this one for £3 and it's in pretty good condition and includes the original inner with lyrics. 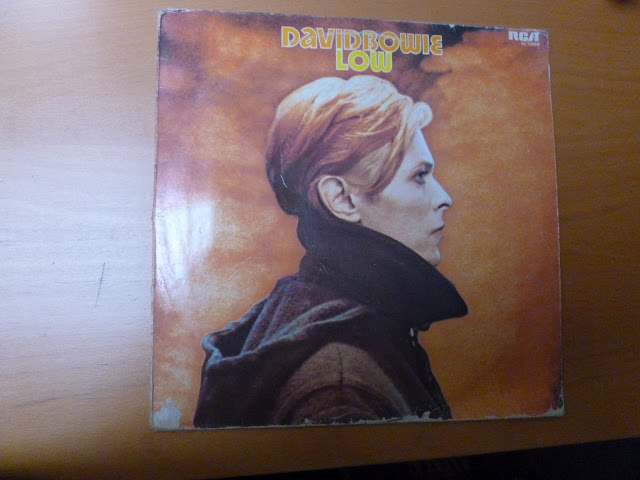 
I got this one for a few different reasons, it is often referred to as his best album, it has a lot of Brian Eno on it, and it has the track Sound & Vision on it that just reminds me of when I started working at the place I work now, we used to have this track on all the time and grew pretty fond of it! I was surprised by the amount of instrumental stuff on this album and how different the tracks are from one another. But I haven't listened to this anywhere near enough. My copy is pretty beaten up but whatever! 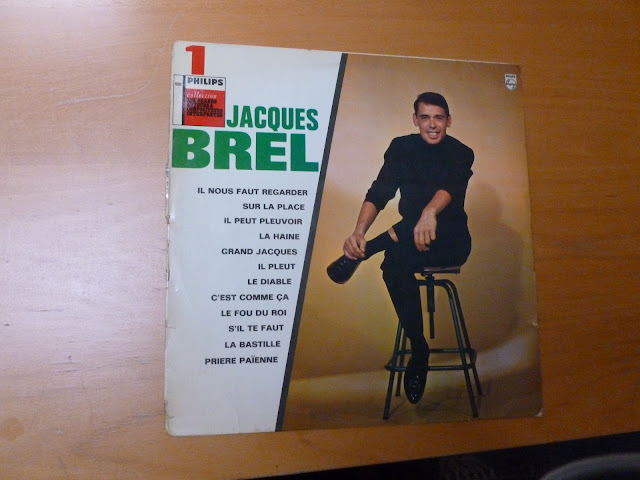 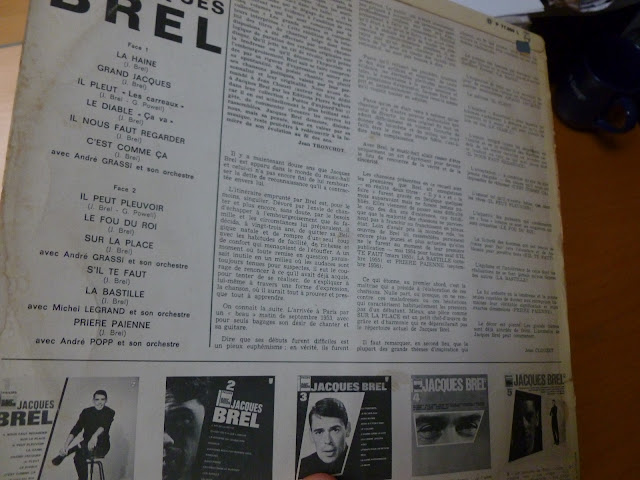 
Nice little Jacques Brel compilation from 1966 that was only released in France (hence the French notes on the back)... It would be another few years until Scott Walker covered some of Brel's tracks and then he'd get a higher profile here I guess. I like a lot of these tracks, I did have a great live Brel vinyl but gave it to a friend as a birthday present about a year ago, Brel's pretty intense live. If you ever see a Brel vinyl cheap just pick up and pay for it as quickly as possible, as they sometimes are priced insanely cheap, granted this isn't in the best condition but I think I picked it up for £4 which is an absolute bargain. 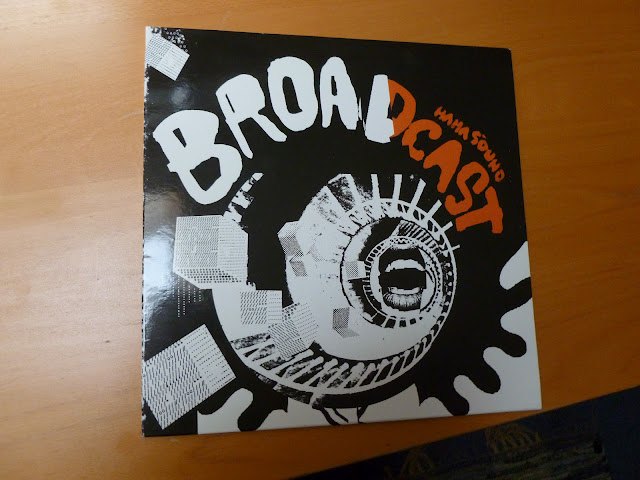 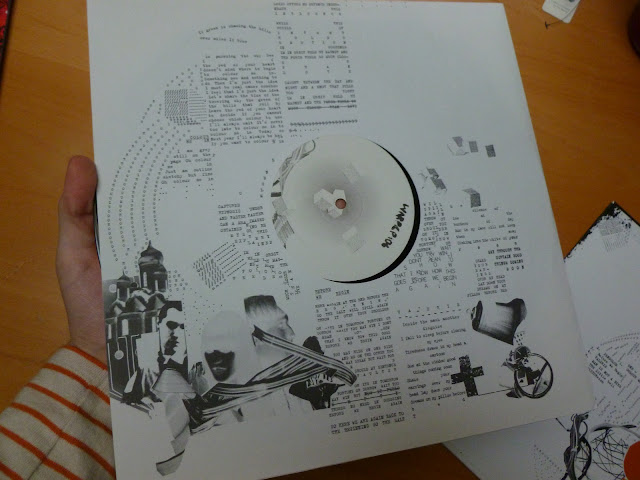 
One of the first records I ever bought, fantastically packaged, the card is nice and sturdy, the print is amazing, the design is phenomenal and fits the music perfectly, the record itself is nice and heavy. I got this for £10 and it goes for over £50 nowadays... not that I'm selling it any time soon. In many ways I prefer the debut album over this one but this one is great too, much more experimental than The Noise Made By People and less song based. One of the most prized records in my collection that holds a special place for me, every time you put it on it just instantly transports you somewhere else, and it's the kind of album where the sleeve design can hold your attention for the duration of the album, not many sleeves can do that! 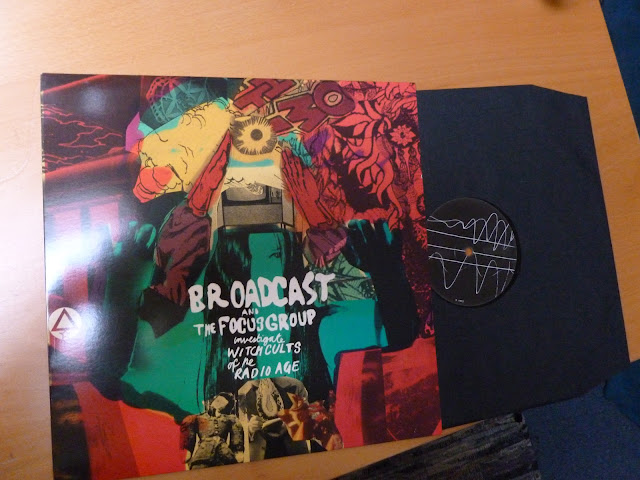 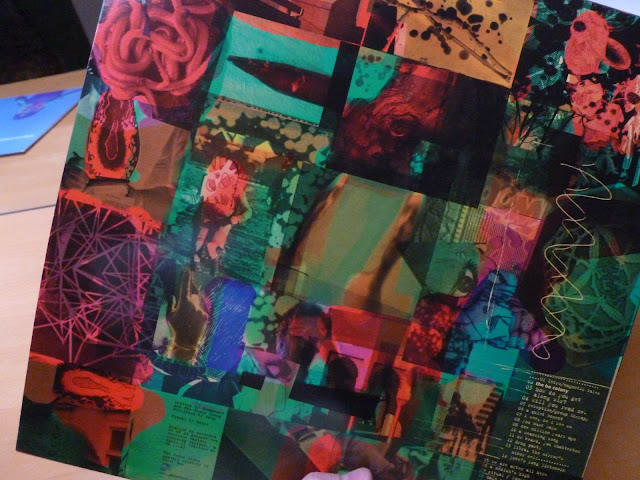 
I'm not as enthusiastic about this album as many others will be but it is a nice album with some great moments here and there. Not enough vocals for my liking as I love Trish Keenan's voice. It's pretty spaced out and harks back to a lot of BBC Radiophonic Workshop style electronic music. As with pretty much all Broadcast vinyl this is worth a pretty penny nowadays. This was the last album Broadcast would make as Trish sadly passed away last year. Still hard to take in. 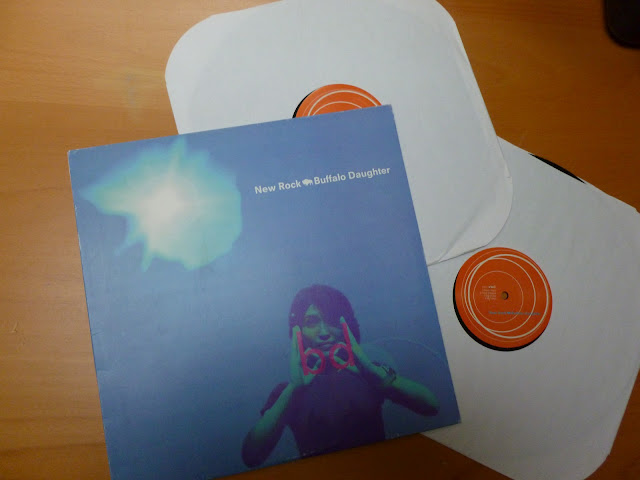 Got this insanely cheap, around £4 for a double album in almost new condition. I'm not a big fan of this, I got it as I like Pshychic from 2003 although this is a much more straightforward album then that one and doesn't interest me much. The back of the sleeve is typically Japanese with the members giving the peace sign, classy. 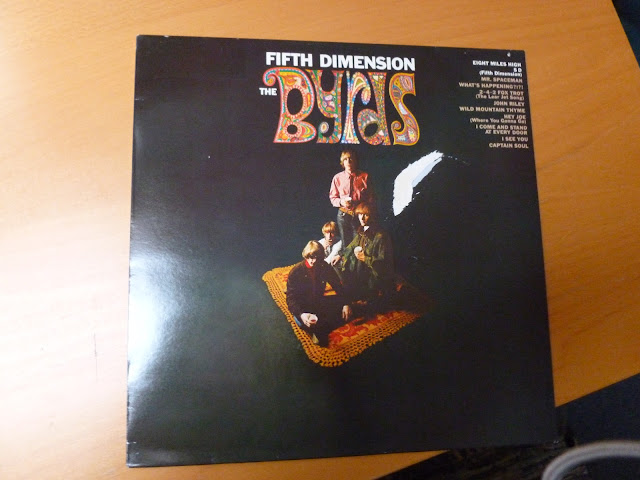 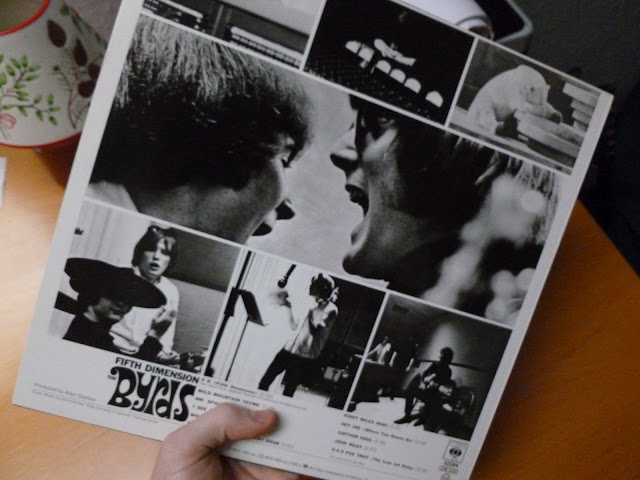 
I never realised I liked The Byrds as I'd only heard the most famous of their albums, Sweetheart of the Rodeo, an album that I believe is pretty overrated. It was not until I heard a cover of I Come & Stand At Every Door by This Mortal Coil that I happened upon this great album. Great tracks, amazing vocals, some out-there guitars, this is a way underrated album. Check out Eight Miles High for a taster.